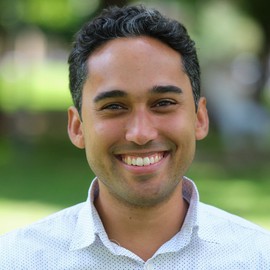 Hello! I am a Principal Researcher at Chicago Booth, working on questions of social perception (with Alex Todorov). My primary research program explores the default assumptions wired into the mind, especially in the context of perception. It turns out that what we see is a process of unconscious inferences, where we take into account not only the exact nature of the light entering our eyes, but also a set of assumptions about the source that most likely generated or reflected that light. It is now becoming possible to reveal the nature of these assumptions through various techniques. One of my favorite techniques is the method of serial reproduction — essentially the children’s game of ‘Broken Telephone’ — which I use to explore our default assumptions across several visual contexts, ranging from faces to intuitive physics.

Most recently, I’ve also been working on building new face perception models, such that we can generate hyper-realistic face images, and transform such images along many perceived facial attributes of psychological interest. These models are important for elucidating and combating stereotypes and widespread discrimination. If you’d like to hear more about my work, listen to this episode of the “Two Psychologists Four Beers” podcast.

Prior to joining Booth, I started out my postdoc at Princeton (still with Alex). Before that, I did my graduate work at Yale with Brian Scholl at the Perception & Cognition lab. I also spent time as a research assistant working with Won Mok Shim in the Visual Perception & Cognition Lab at Dartmouth College, which is also my undergraduate alma mater. I majored in Cognitive Science, Japanese Studies, and "A Cappella Studies". In my spare time, I also fight fake news.